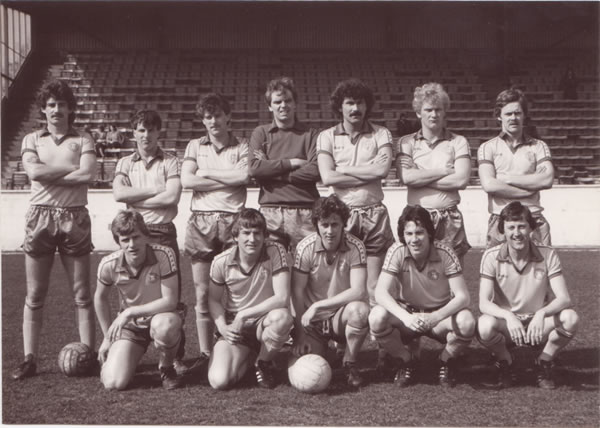 Half of the 42 games were lost in 1979-80, with only one fewer defeat in the season which followed.
Harry McNally resigned as Manager early in September 1979, to be replaced by Jimmy Melia in the capacity of ‘acting manager’ only. It was January before a proper appointment was made — Allen Hampson the former Everton and Halifax player took over — but by then not only had winger Nigel Halsall joined Runcorn for £4,500 but the captain and lynch pin of the defence Graham Barrow had departed to Altrincham. Unbelievably an ‘air of cautious optimism’ prevailed at the A.G.M. in February 1980, though how that could be with the team facing re-election and only Giller and Graham Davies left on the board is hard to comprehend.
In the event, relegation was just averted, but shortly after the end of the season the death of Graham Davies left Walter Giller as sole director. Goalkeeper Graham Cunneely’s close season departure to Marine also left John McInnes as the only contract player so new manager Allan Brown, returning for a less successful second spell, faced massive rebuilding.