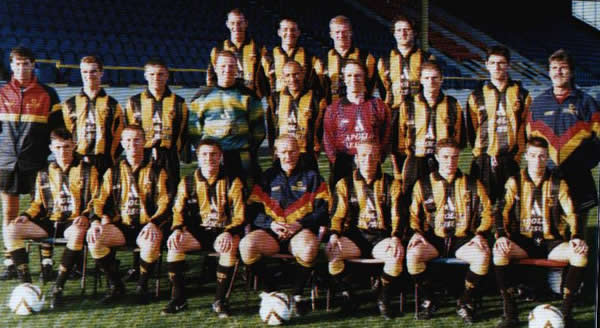 Could anyone ever imagine Southport playing at Wembley? Supporters who remembered the dark days in the Football League and the early Non League years saw it as a dream but occasionally dreams do come true and the town went to Wembley. We have a whole chapter devoted to “The Wembley Experience” but suffice
to say this was the highlight of the season.
League form was however patchy and it was only in the last few league games that we got enough points to ensure we maintained our place in the Conference. Paul Futcher was the “gaffer, the leader, the star” as the song goes and ensured he was afforded Southport FC legend status. His performance in the FA Trophy Semi-Final at Slough was what many think to this day the best performance ever by a player in a Southport shirt, he was awesome.