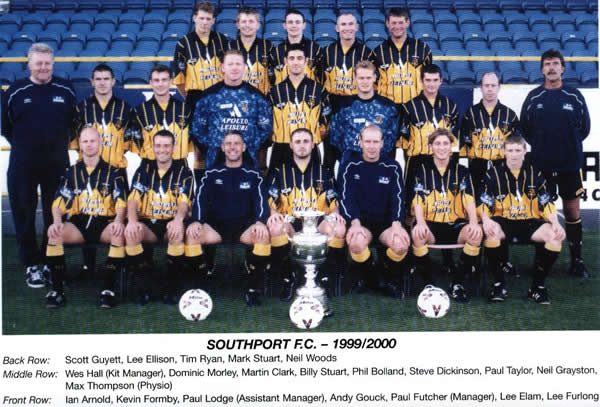 Futcher was replaced as boss in December 1999 with the club struggling in 21st place, his replacement was Mark Wright who was to bring about a remarkable transformation. Full of ambition and with a thirst for success Wright’s impact was immediate and from looking like certainties for relegation Wright brought success and the fans returned as we went on to finish in 9th place. The FA Cup saw us go out to an unfortunate 2-1 defeat at Darlington whilst in the Trophy we again reached the Quarter Finals but lost 1-0 at home to Kingstonian having done the hard bit and drawn away from home.