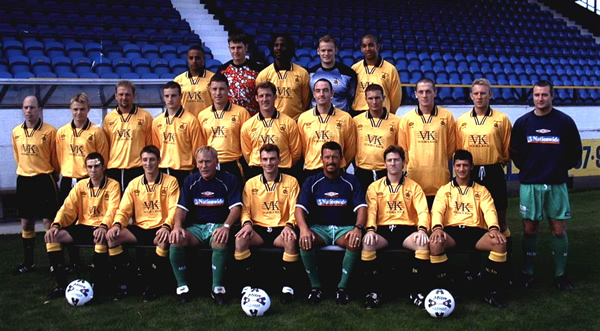 Phil Wilson stepped in to the managerial hot seat for the start of the 2001-02 season and mid table was achieved comfortably. We exited the FA Cup in the first round
at Dagenham & Redbridge and the Trophy at Gresley Rovers (0-1) after being held 1-1 at home. Having been 4th in early January a finishing position of 15th was disappointing. Simon Parke finished the season as leading scorer with 16 league goals.