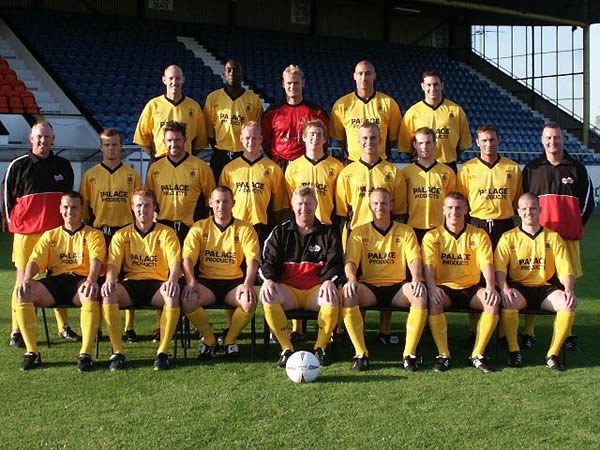 It was Northern Premier League football in 2003/04 with Walsh somewhat surprisingly being asked to carry on as boss. A four game opening run against poor teams gave us false hope, the first decent team to come along beat us and Walsh looked out of his depth and his final game came at Vauxhall Motors when we lost 2-1 in the FA Cup.
Little known Liam Watson took over as boss, his first match seeing a 2-1 win at Radcliffe with the Yellows sitting in tenth spot. Success wasn’t immediate for Watson as he totally rebuilt the team but there were some promising signs and some great results 5-0 at Whitby, 4-1 at Blyth being the highlights, gates started to improve and hopes were high for the 2004/05 season, did Watson have enough experience to carry it through, the fans wanted Conference football back at Haig Avenue, could he deliver it.
Could he!