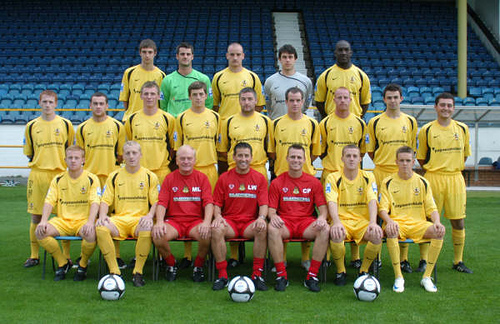 At the end of the 2007/2008 season Gary Brabin departed to Cambridge United as manager. Financial problems, linked to the illness of chairman Chris Lloyd, at near neighbours Burscough led to a complete restructuring of the village club. Liam Watson re-joined Southport as manager on 30th June, and immediately signed 11 of his former charges for £30,000.
Southport were well placed to challenge for the title until the last few weeks of the season until a dip in form, blamed upon the number of games played, eventually saw the challenge fade away.
Heartbreak in the play offs followed for the second year as Second placed Gateshead knocked Southport out in the semi-finals.