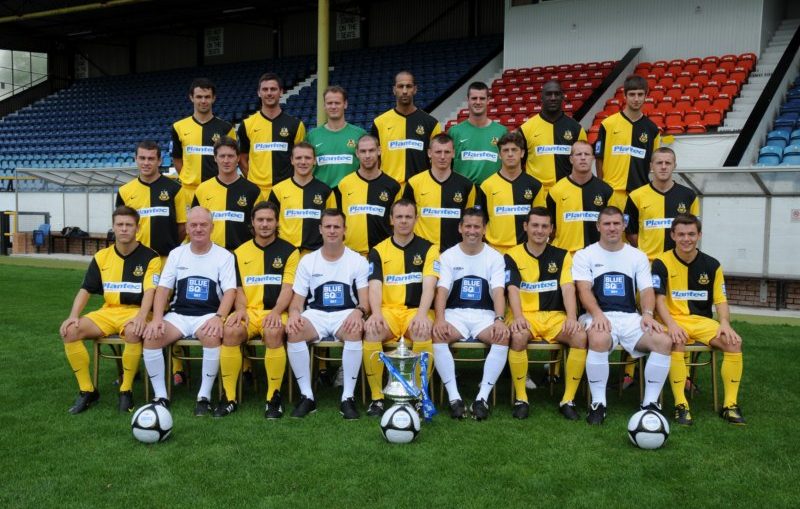 The majority of Southport’s title winning team stayed intact as Watson built for a first season back in non-league’s top flight.

The season started brightly and by the end of August promising performances saw the Sandgrounders in 5th position in the league table.
An enexpected FA Cup run halted the winless streak that followed as we defeated Wrexham on route to a mouth-watering home clash with Sheffield Wednesday. ITV selected the tie as it’s Sunday afternoon ‘live’ first round game. It was our second TV game of the week as PRemier Sports had shown the previous weeks 2-2 draw with Kidderminster Harriers. That game had been more notable for the sending off of goalkeeper Tony Millan which had meant he would miss the big game.
Club legend Steve Dickinson, who had returned to the club as back-up in the summer, donned the gloves in front of the cameras but couldn’t do much to prevent a 5-2 defeat. The Sandgrounders had been level twice through Paul Barrett and Matty McGinn goals before the quality of their opponents eventually shone through.
With the distraction over thoughts again turned to the league but poor form led to a drop into the bottom four come December.
The remainder of the season didn’t see any real upturn in fortunes and the club entered the final weekend of the season only outside of the bottom four by the narrowest of margins. They needed a result at Kettering to guarantee their safety. With thoughts turning to Stevenage back in 2003 hopes were reasonably high. Kettering were there for the taking but with 3 minutes to go disaster struck. The home side fired home a controversial free kick before adding a third in injury time. Relegated on goal difference from the Conference for the second time in 8 years.

The Conference AGM in June however saw Rushden & Diamonds thrown out for financial irregularities. Southport were given a reprieve.