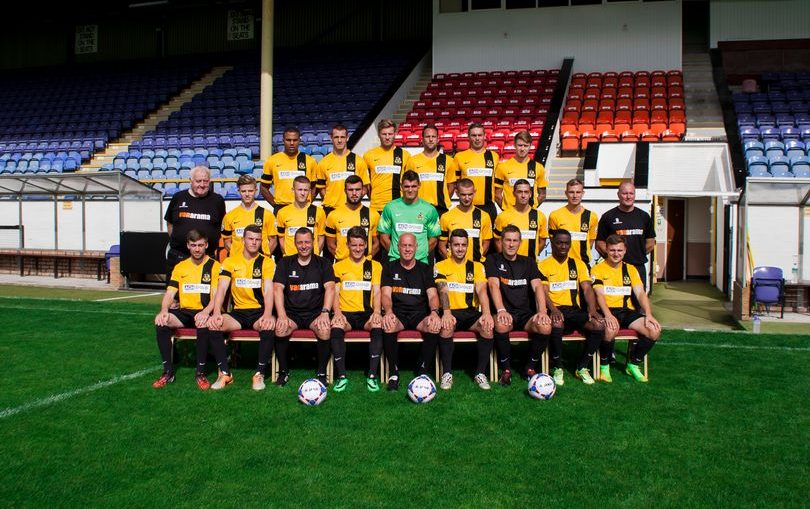 After the previous season’s gamble on an inexperienced manager had backfired the club sought stability and an experienced head with the permanent appointment of ex Hereford United boss Martin Foyle. It was a shock to supporters that John Coleman had not been appointed beyond the end of the season and it was with a sense of nervousness that fans approached the new season. A mass exodus of the squads most talented players led to an incredibly difficult job. Scott Brown and Toto Nsiala headed to Grimsby, Karl Ledsham moved to Lincoln City and on-load Jason Walker chose hometown club Barrow over a more permanent move to Haig Avenue.

That nervousness was well founded as Foyle struggle get his charges firing. After 14 games had heralded just 3 wins he was summarily dismissed after a 5-2 defeat by Woking. Within days the club had turned to former Sandgrounder Gary Brabin for help.

Brabin had been well thought of as a player, and as caretaker manager previously, despite an unexpected exit to Cambridge who he went on to guide to the brink of promotion before failure in the playoffs. Results and performances improved dramatically helped by a 6 game unbeaten start. The upturn in fortunes was in no small part down to the impressive form of young on-loan goalkeeper David Raya-Martin whom the supporters christened “Spanish Dave”. With Raya-Martin’s heroics came a confidence that filled the rest of the squad. The Sandgrounders climed the table and even battled their way to the FA Cup Third round where they were to face Derby County. Managed by former England manager Steve McLaren and occuying top spot in the championship, the east midlands side had to rely on an injury time penalty to get past the resurgent Yellows.

Shock followed and on the 19th January Gary Brabin resigned to take up a coaching role within the Everton academy, described as “his dream job”. His assistant Paul Carden was quickly given the task of keeping the Sandgrounders in non-leagues top flight.

Poor form crept back in and but for a remarkable month in March Southport would have been relegated. With nearly 40 different players used throughout the season, 5 wins and 5 draws was enough for Paul Carden to ensure survival for another season.

The chairman rewarded him by allowing him to keep the job on a permanent basis.