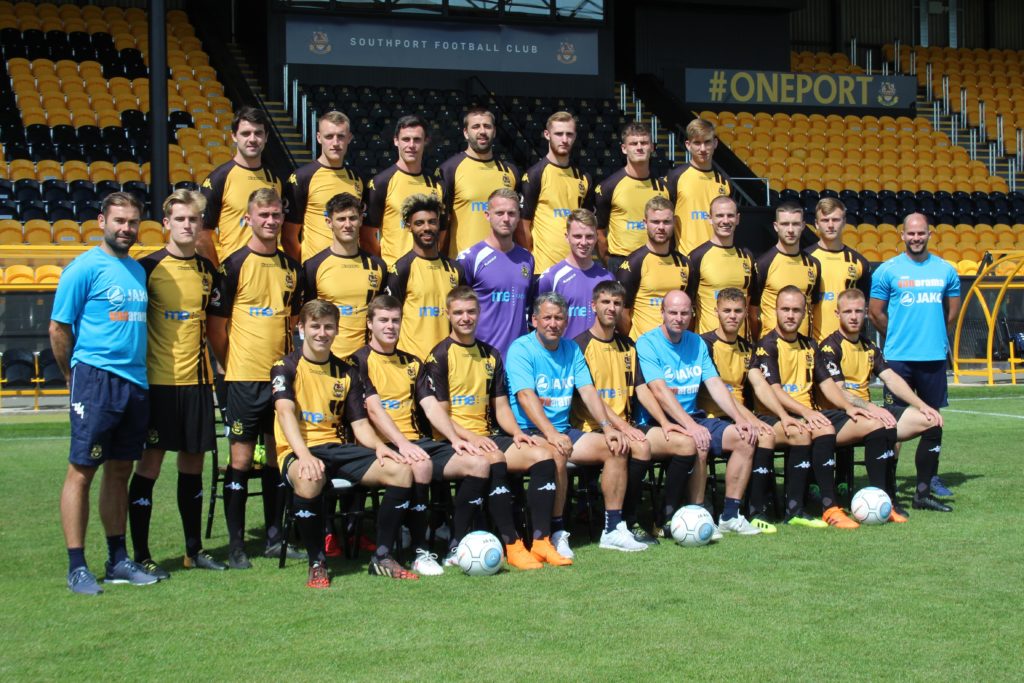 14th May 2018: It is announced the renovation work has begun at the Merseyrail Community Stadium (Haig Avenue) and lists a number of reasons for a delay including asbestos removal & wildlife habitation. Planned pitch renovation is moved back to 2019/2020

29th May 2018: Club announce that they have been unable to fill the role of Community Development manager and re-advertise the post with the same job description but an extended deadline

2nd June 2018: Club announce the resignation of James Treadwell from the board of directors.

Club AGM is held at the Ramada Plaza covering the year ending 30th June 2017. The meeting is chaired by Phil Hodgkinson with Ian Kyle and Steve Haw also at the top table.

The elections to the board of O’Hara, Hodgkinson and Kyle all pass by majority vote of those present.

Supporters present ask for the contributions of James Treadwell to be acknowledged and minuted which is agreed to by Phil Hodgkinson.

22nd June 2018: Lee Folkard is appointed to the role of Head of Community Football Development, a role previously advertised as Community Development manager. Lee is a former colleague of Chief Executive Natalie Atkinson at Manchester FA.

10th July 2018: An announcement is made that for the 2018/2019 season entry to Haig Avenue will be via cashless turnstiles with tickets being available for purchase in advance via ticketing partner Kaizen’s website or the club shop.

A competition is announced to name the newly refurbished Grandstand Bar. 1881 Lounge chosen as the new name.

An Appeal is also posted for turnstile operators.

18th July 2018: Vacancies are posted on the club website for a number of Events & Hospitality Staff.

24th July 2018: The official website announces that season ticket sales have reached the 500 mark for the first time.

7th August 2018: The official website confirms the departure of David Broadbent from the role of Business Development Manager by mutual consent.

1st September 2018: An interview with director Phil Hodgkinson is published on the official website in which he provides an update on a number of topics.

26th September 2018: Southport announce vacancy of Match-Day Co-ordinator. Closer inspection of the published job description reveals a number of duties previously fulfilled by Operations Manager Steve Haw, whose name has been removed from the list of contacts on the official website

27th September 2018: Coaches in the Southport Academy reveal to players and parents that the board have decided to reduce the size of the Academy. Budgetary reasons are cited however the official statement released the following day makes no reference to budget.

28th September 2018 – Club website confirms changes to the academy structure with the U21 withdrawn from League and cups six weeks into the start of the season.

22nd October – Club issue a statement to confirm the termination of the contracts of summer signings Zac Corbett and Mike Phenix, relating to “separate yet equally serious issues that involve the two players and having a zero tolerance policy towards such issues, there was no other option than to part company “

Previously announced as a sell out. Questions raised over the official capacity having stated it was 5932.

30th December: Stadium break-in – Phil Hodgkinson issues statements via the press with allegation that it was an “inside job”.

11th January – Supporters offered the chance to vote on a choice of kit design for the new season. The move to single year use of kits attracts much criticism from supporters.

Jan 15th: Media Manager role advertised on website following the resignation of Mike Brown to take up a role at Oldham Athletic.

10th April 2019 – Winding Up Order issued by HMRC against new company 11365270 (Pinewise Limited). Note that this is not the same legal entity as the company trading as Southport Football Club Limited (company number 01486711)

11th April 2019 – Club issue statement that an initiative to include supporter names within the pinstripe of the new kit design has been shelved due to lack of interest.

3rd May 2019 – Club release an official statement confirming the departure of Phil Hodgkinson who takes a controlling stake in Championship club Huddersfield Town. His stake is sold to Ian Kyle, Liam Watson and Steve Porter, the latter two whom both rejoin the board of directors.