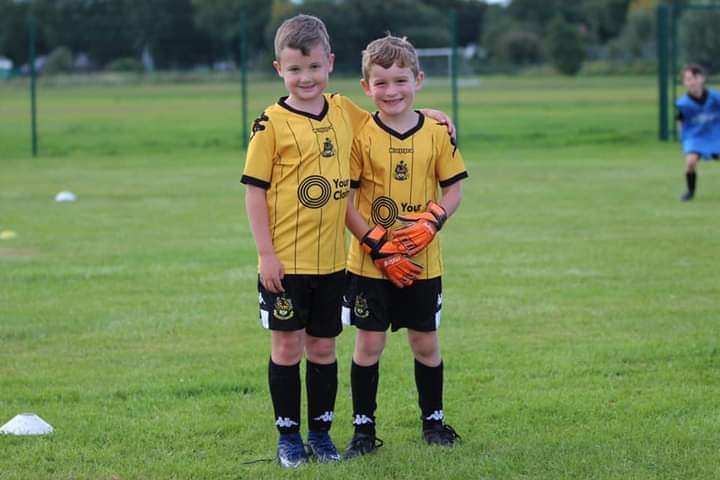 Whilst working as a P.E. Teacher at Meols Cop High School, George Bromilow played for Southport FC and represented Great Britain at the 1956 Olympic Games. He is fondly remembered by those who had the privilege of seeing him play at Haig Avenue. His Great Grandson Harry hopes to one day follow in his footsteps and regularly joins his Grandad Craig, an associate member of the Southport FC Players Association, at Haig Avenue for home matches and also plays for Southport’s Under 10s.

When Harry heard about the financial struggle that Covid-19 has put the club under, he decided to try and help. Already player sponsor for Jack Sampson Harry knows what it means to be a true supporter. Back in reception at Primary School Harry was set the task of talking about someone in his family and, complete with Olympic medal, spoke about his Great Grandad’s career to his excited classmates…it’s not every day someone brings an Olympic Medal to school!

Harry will be doing a sponsored bike ride around the Haig Avenue pitch, circling it 50 times (approximately 12 miles). Setting an initial target of £650, Harry has already smashed through that barrier and has raised over £1000 already.

Catching Up With John Bagnall