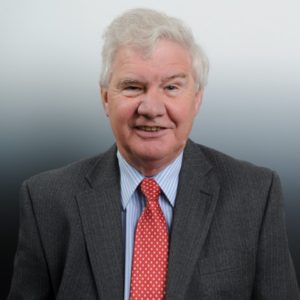 A Statement published this morning on the Club’s official website www.southportfc.net has confirmed the resignation of Chairman Charles Clapham and Vice chairman Sam Shrouder with immediate effect.

The full statement is as follows:

At yesterday’s Board Meeting the first item on the agenda was the future position of the Club going forward.It was confirmed by Charlie Clapham that  Sam Shrouder, Haydn Preece and David Barron would stand down as Directors at the end of the Clubs Financial year end the 30th June 2017.

As Chairman I confirmed that I would step down with immediate effect (21st April 2017) Sam Shrouder will also step down with immediate effect whilst both Sam & I have personal reasons for resigning our positions, the recent attacks that have appeared on social media and in the press and media following the  open meeting of the Trust in Yellow and supporters has meant our position is untenable therefore we take our decisions with heavy hearts but in the best interests of Southport Football Club in the short and hopefully long term.

Haydn Preece shares the same views in regards to the vitriol and ridicule that has been aimed at the club and himself personally, David Barron has been shocked by a section of the supporters by the behaviour towards myself and the Board.

Nigel Allen and Liam Watson are considering their positions, Nigel has agreed to act as Interim Chairman until the 30th June 2017 during which time the Board will seek a meeting with the Trust in Yellow Board to establish their views for the future as the call for change has come from them following the Open Meeting.

The Board will urgently seek to establish any level of interest in bringing in investors who may wish to take a controlling interest in the ownership of the Club.

I would like to place on record my thanks to Sam, Haydn & David and my family for their support towards me over the many years they have worked with me, I would also like to thank Ken Hilton along with all volunteers and supporters who over the last 35 years have treated me with respect “Thank You.”

The Board will work diligently over the coming weeks to find an outcome that will ensure the security & sustainability of your football club.

On behalf of the Board

Away from football, Clapham is the Managing Director of Palace Chemicals, one of the country’s leading privately owned suppliers of building chemical products. He co-founded Palace Chemicals in 1978 – the same year that Southport were dispensed of by the Football League – and the firm’s Liverpool-based premises brought him to the north west. Having moved to Southport in April 1981, it was a little over a year later that Clapham made his first visit to Haig Avenue. The following article, reproduced with the kind permission of Trust In Yellow from the complete non-league history of Southport FC 1978-2008, is a detailed interview with our, now, former chairman.

On This Day: March 9th