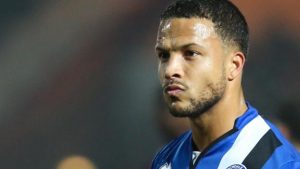 We are saddened to learn that former Loanee Joe Thompson has been diagnosed with Cancer for a second time and we wish him all the best with his battle.

Thompson joined the Sandgrounders on a month’s loan from Bury in February 2015 and played 4 games for the Sandgrounders. After returning to Bury he left the shakers to join Carlisle United before moving back to his hometown club Rochdale, with whom he had started his professional career.

“I will fight this life hurdle with the same belief, courage and desire as my previous battle,” said Thompson. “The support shown to me since I discovered my illness has returned has been immense.

“I came back from a goal down before, not only to equalise, but to take the lead. This illness may have found an equaliser, but the quest for me to get the winner starts today and I can assure you I will get the most important win of all time.”