Skip to content
You are here
Home > Profile > Liam Watson 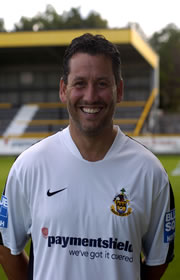 On This Day: January 14th

On This Day: January 20th

An eleven of novices