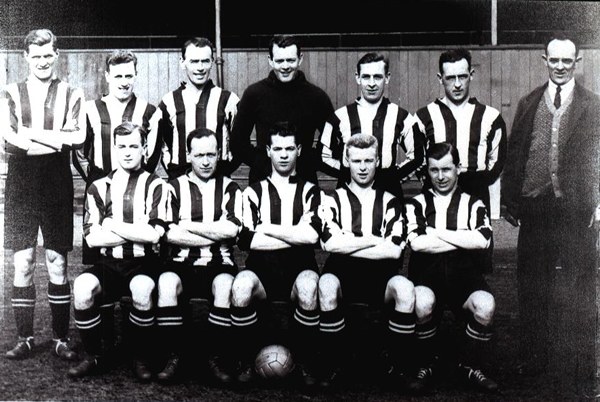 Today we’re going back to 1927 and a home game against Bradford City.

This was the first season in which the Sandgrounders wore black and white stripes changing from their usual red shirts.

After winning their first two home games, but failing to record a victory in any of the next seven matches their season picked up just in time for the F.A. Cup and this game against Bradford was in the middle of run of seven successive wins up to Christmas.