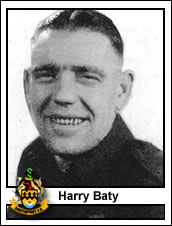 A miner at South Hetton Colliery, he made his only Football League appearance just 8 days after signing for the club as an amateur. He also played in 2 end-of-season friendlies against Shamrock Rovers and Wigan Athletic. He received good reports for his performance at Chester when Southport lost by an Both minute goal. Although retained he joined Hull City on a month's trial but soon returned to the North East, eventually surfacing at Hartlepools United shortly before the outbreak of war. He was also a capable wicket-keeper with South Hetton C.C. He returned to the pits and died, aged 63, at home from cancer.