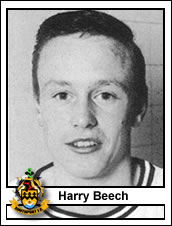 He was signed by Billy Bingham and played in four of Southport's six pre-season friendlies as well as their first two matches in the Third Division. A disagreement with Bingham meant he only managed two further substitute appearances and had to be content with Lancashire Combination football. In fact he played in Southport Reserves' last match in the Lancashire Combination — the game against Rossendale United attracting a mere 117 fans to Haig Avenue. His best spell was with Bolton Wanderers when he made eleven consecutive Second Division appearances at the end of the 1965-66 season but a knee injury just before Christmas 1966 finished his chances there. He drifted into non-league football, settling in Bromborough where he still resides.