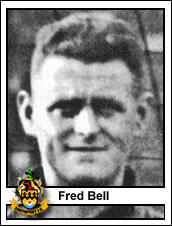 He chose sport rather than the family confectionery business in Blackburn but remained part-time throughout his football career. He made a good impression in his first Lancashire Combination game on 29 September 1929 when 'feinting and passing the opposite way' and a month later was signed as a professional after showing consistent form in the Reserves. After Peter Mee's death he had a run in the League team without once finding the net, though his six goals with the Reserves made him joint third top scorer in the side which finished runners-up in the Combination. He later gave good service to Leyland Motors for a number of seasons, chiefly as a half-back. He played football till he was 42 and even turned down a request from Clitheroe when 49. He worked at Leyland Motors until his retirement aged 65 and died of a brain haemorrhage on a bowling green.