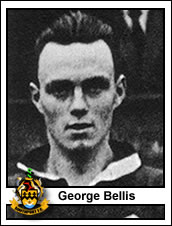 This strong tackling and consistent centre-half was born in India where his father was a Company Sergeant-Major in the Royal Engineers, but he lived in Waterloo from the age of 9. He applied for a trial in August 1923 and was an outstanding success. He turned professional at the end of his first season. He was transferred to Wrexham for so and missed only two games in two seasons at the Racecourse before being transferred to Wolves for Ł600. He played in the team which clinched promotion to Division 1. He was appointed club captain at Burnley, where he switched to full-back. His 56 appearances at Bournemouth took his career total over 300. He was employed at Napiers (English Electric) from 1941 until he retired. He collapsed and died 6 days later.