He was recommended to Dundee United by Ron Yeats who was stationed with him in the Army. He moved to full back from the forward Line while in the Army, and made 22 Scottish First Division appearances.

He joined Southport after a trial and after missing the opening 2 League games established himself as a regular member of the team. An ever-present in 1964-65, he lost his place early the following season after 70 consecutive first team appearances. During the promotion season in 1966-67, Kevin had 39 League games.

He could play at right or left back and was invariably sound and tackled well. His solitary goal was scored in a 2-2 draw at Crewe in December 1962.

Prior to his death in 2017, he lived in the Croston area, near Preston, having been in business as a market gardener for a number of years and after working at both Kirkham and Wymott prisons. 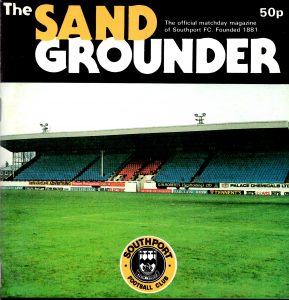