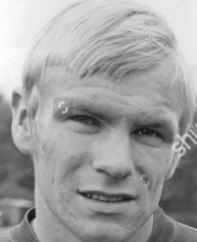 At Ormskirk Grammar School he had captained the rugby XV and represented Merseyside Schoolboys. He made an instant impression at Burscough from where Verdi Godwin had recommended him to Ron Suet at Chelsea. This fair-haired inside-forward failed to do himself justice at Haig Avenue. Due to a recurrence of a groin injury sustained at Chelsea his outstanding performance in Southport scullers three goals against Scunthorpe United in December 1970 came after only scoring once in the previous 12 games.

He achieved considerable success with Runcorn who were runners-up and champions of the Northern Premier League but eventually his old injury ended his career.

After retiring from football he became an executive officer in the department of employment.