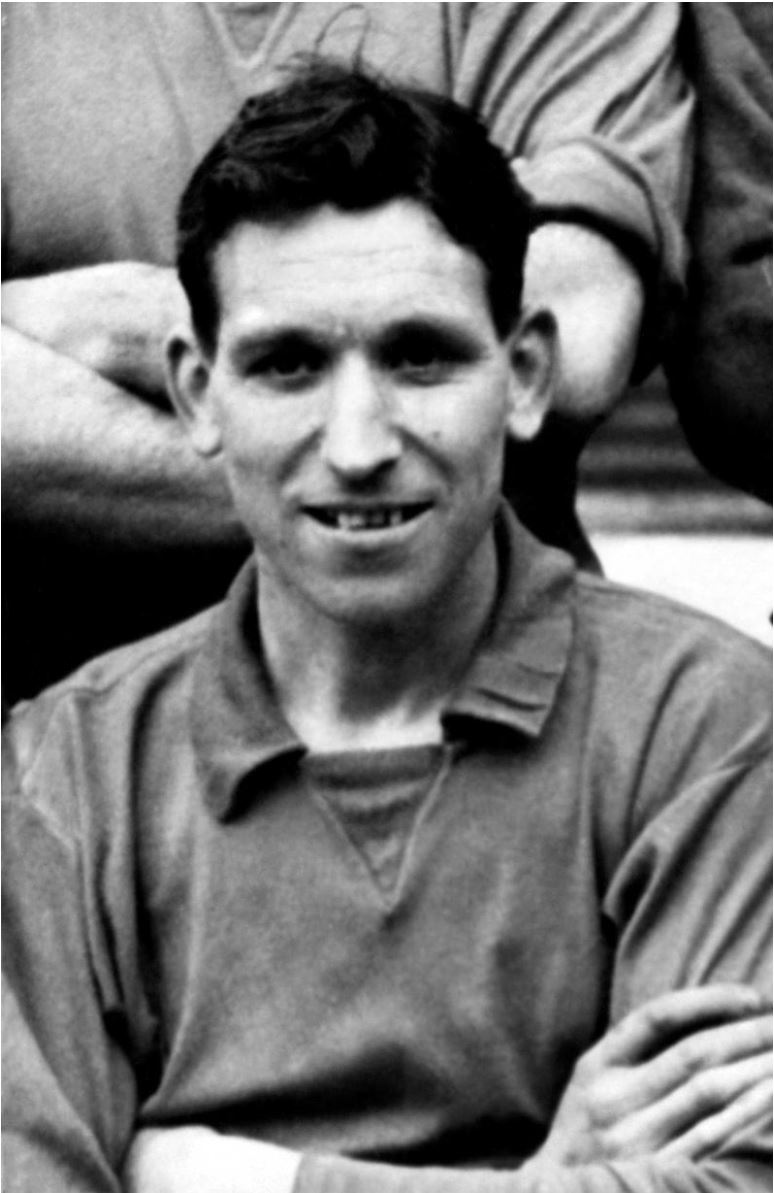 Although Wally had signed amateur forms for Charlton during the Second World War, he joined Everton as a professional at the end of the hostilities, causing a furious row between the two clubs with Charlton believing they had first option.

Affectionately known as Nobby,  “Everton’s favourite cockney”  broke into the first team in the 1945-46 season and went on to make 410 appearances for the Blues, scoring 54 goals.

The inside forward was a brilliant ball player and strategist who ran the Everton engine room with cool authority. Many youngsters in the 1950s mimicked his trademark style of holding onto his rolled down sleeves as he ran with the ball.

At the age of 39, after 14 years at Goodison Park, he joined Southport as Player-Manager for a small fee in January 1958. His name had also been linked with Ards, the Irish League champions, but Fielding’s expressed preference to stay in the Merseyside area prompted Southport to start negotiations. When he took over they were bottom of Division IV with a small playing staff and working to a very limited budget. He immediately brought in a number of new players and his own appearance in the team helped to arouse some interest in the town. Nevertheless he could not lift the club and, for the only time in their history, Southport finished last in their division.

The following season he concentrated more on the managerial side but at every training session he was out with his players, imparting to them his extensive knowledge of the game. Despite the appearance of many new faces the club still had to seek re-election for the third successive year. Fielding, with his many Merseyside connections, obtained some very useful players including Reg Blore, Jimmy Blain and Bryan Griffiths and it came as a major surprise when he resigned on being appointed assistant trainer-coach at the then Second Division Luton Town.

He remained there until 1963 and later became youth team coach at Watford. His appetite for the game never waned and for many years scouted for Luton Town in the Cornwall area . Though he was acknowledged to be one of the cleverest ball-players of his era, few of the Southport players under Fielding’s control rated his man management capabilities; he deserves great credit, however, for building the attractive side which Lem Newcomb was to inherit.

Season: 1959/1960 [Back to Player Stats]
The player made an appearance in the following games: