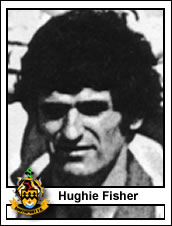 His Football League career began with Blackpool for whom he made 51 + 3 appearances, before joining Southampton at a fee of Ł3o,000. During his ten years at the Dell he totalled 295 + 5 League games and was twice ever-present as well as gaining an F.A. Cup Winners medal as non-playing substitute in the 1976 final against Manchester United. Joining Southport as player-manager, he occupied the sweeper's role following his transfer just before the deadline. He managed two wins in the remaining is matches he was in charge. He was hampered by lack of funds which precluded his strengthening the side the following season when he took his career total to over 400 appearances. He works in PR for a major brewery in Southampton and still runs an ex-Saints XI, raising large sums for charity.