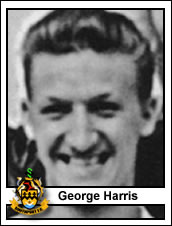 A surprise choice for the opening game of the 1959-60 season, he was replaced by Peter Harrison who thereafter never looked like losing his place. He had played in the Durham County Schoolboys team, graduated to Durham Youth XI and after North Eastern League experience he had two seasons at Preston North End. At Haig Avenue he had 35 appearances in the Reserves in a variety of positions in the side which was relegated from the Lancashire Combination for the first time in the club's history. He gave up football altogether at 25 and stayed on fifteen years or so in Preston as a self-employed builder, ultimately returning to his home town of Stanley where his great interest is now snooker. His father's cousin was Jack Sellars, the Stoke City wing-half.