One of the most popular and effective of centre-forwards, Joe Patrick was Southport’s “Roy of the Rovers”. He possessed rare marksmanship and neat ball control and had a natural flair for leadership. He began as an amateur with Carlisle United at left-half or inside-left but, when tried at centre-forward by Lancaster Town, he attracted attention by scoring four goals in 18 minutes against Great Harwood and the following season he hit hat-tricks in three successive matches.

Archie Ledbroke of the Daily Dispatch dubbed him “Hat-trick Patrick” and this name stuck throughout his whole career as he accumulated more hat-tricks in the years that followed. He obtained 8 goals in 9 League games midway through 1934-35 and the following season Southport made their first effort to sign him, but money was the obstacle and he joined Luton Town. With “Ten goal” Joe Payne and Johnny Ball available, he had no chance in the first team and Southport at last signed him for a mere £100 – one of the best bargains they ever made.

In his first season he finished just two short of Archie Waterston’s (then) record 31 League goals and only Alan Spence outscored him overall, while Joe’s 118 consecutive Football League appearances constituted a club record. A live-wire leader of the attach with the rare ability to snap up half chances, he guested for the club a number of times during the war before finishing at Workington in 1947. He worked for British rail for many years as a boilermaker and welder and rarely missed Southport’s visits to Brunton Park. A rare character with a fund of football storied Joe Patrick looked and remained the archetypal centre-forward to the end of his days.

Joe was inducted into the Southport FC Hall of Fame on 16th November 2019. 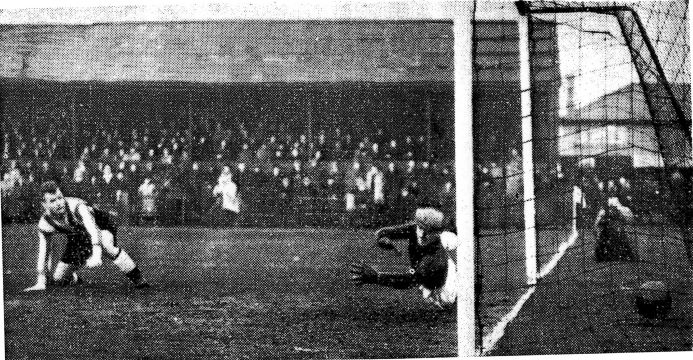