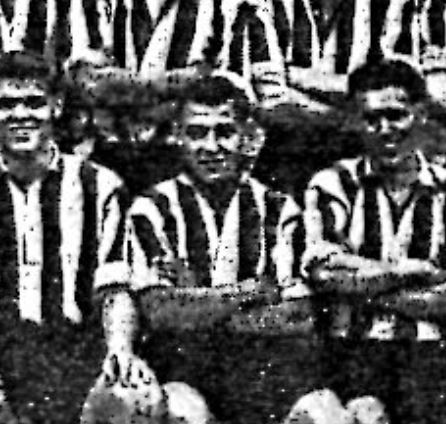 We are sorry to learn of the death of Dennis Walmsley who died on 2nd September aged 85 . He was one of the few local players in the post war period  to represent Southport Football Club’s League team.  Dennis initially played in the “A” team under coach Lem Newcomb in the Lancashire League. In December 1953 he was selected to play for the Lancashire League against the Northern Intermediate League in a representative match. Promoted  to the Lancashire Combination side Dennis went on to make eighty-two appearances for Southport Reserves scoring twenty-five goals over three seasons and was  top goal scorer in 1954-55 with twelve goals..

At the age of thirteen Dennis played for Southport Schoolboys .In a match against Worsley Schoolboys at Haig Avenue. Len Peet, writing in the Southport Journal, described him thus: “There was nothing more entertaining than the tricky and cheeky work of Walmsley, the Southport inside-right, about the smallest player afield. He was a regular box of tricks.”

As a youngster he played for Southport Trinity Juniors and Crossens. Representative honours followed when in October 1952, aged 17 he scored Liverpool F.A.’s only goal when they lost to Cheshire in a youth match at Runcorn and as a result Liverpool and Blackburn Rovers invited him to have trials but he had by this time signed amateur forms for Southport making his “A” team debut in early the following month..

In September 1954 Dennis, an apprentice plumber, made the first of four League appearances scoring an equalising goal  in a 2-2 draw at home to York City. His goal made him the first  “local” to score for the club since Johnny Linaker in 1947. An amateur throughout his time at Haig Avenue Dennis joined Burscough in 1955-56  season and went on to give The Linnets twelve years splendid service during which time he was a regular member of their Lancashire Combination side save for his two years National Service between 1956 and 1958.

Dennis remained a popular figure in Crossens running his own DIY shop on Rufford Road for a number of years and was a past Captain of Old Links Golf Club.

Beloved Husband of Nancy and brother to Brenda and the late Margery, Loving Uncle of Neil, Keith, Carole, Janet (deceased), Russell and Michelle, we extend our condolences to the whole family.

Dennis’ funeral will take place at West Lancashire Crematorium on Friday 11th September at 3pm. Family flowers only by request. Donations if so desired can be made to Queenscourt Hospice. 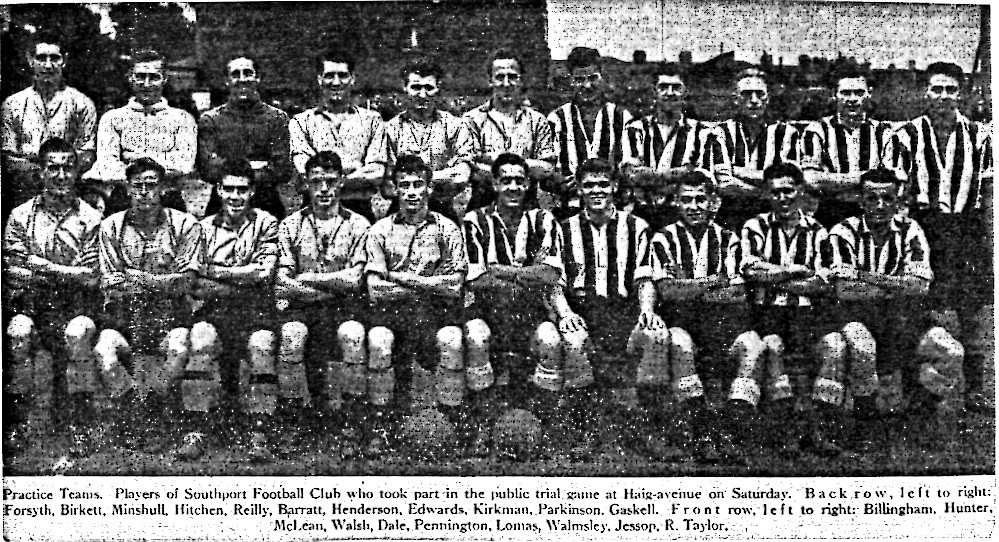 Dennis is pictured above in the 1953-54 Probables v Possibles pre-season match at Haig Avenue, front row, third from the right.