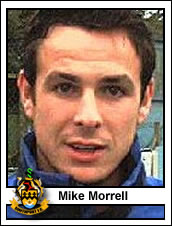 A much travelled forward who joined the club from Leigh RMI. Left after just two months, without making a first team appearance.
Later briefly joined Gateshead before leaving to play in Jamaica.