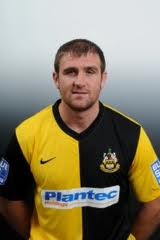 An apprentice at Wigan Athletic, Aaron can play anywhere across the midfield.
North West Counties player of the season for the 2005/06 season with Ashton Town, Joined Skelmersdale in the summer of 2006.