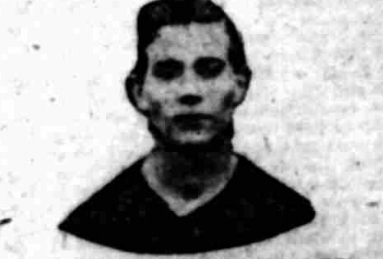 William Thomas Roberts began his career at non League Soho Villa before making his name for Leicester Fosse where he scored 14 goals in 12 games in the Midland section.

In October 1918 he joined Southport Vulcan and continued his impressive goalscoring form by returning 33 goals in the rest of the 1918-19 season. Attracting a lot of attention, in particular from Liverpool, it was perhaps inevitable that Southport would struggle to hold onto the impressive centre forward and his capture by Preston North End was confirmed on in May 1919.

Making his debut against Blackburn Rovers he became top scorer in his first season at Deepdale with 29 goals, in total featuring in 199 matches and scoring 118 goals between 1919–1924.

He returned to Deepdale for his second spell at Preston North End in 1926 and once again top scored with 30 goals in 55 matches.

Roberts broke an arm in a motor vehicle accident in 1927 and suffered injury problems before joining Tottenham Hotspur in 1928. He made four appearances and found the net on two occasions for the Spurs.

After leaving White Hart Lane Roberts played for the Dick Kerr’s XI and finally ended his playing career at Chorley.

Capped three times at schoolboy level, Roberts also played 2 games for England (England Legacy number 466) whilst with Preston, scoring on his debut against Belgium in an international friendly on 1st November 1923 aged 24 years, 11 months, 2 days. He also scored on his only other appearance for England in a Friendly against Wales on 3rd March 1924.

After retiring from football Roberts worked as a publican for 30 years in the Preston area.