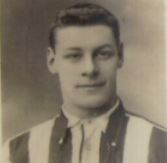 Sid Bowser was an inside-left / centre-half who joined West Bromwich Albion in 1908 from Willenhall and stayed with the Baggies for five years before leaving them to join Belfast Distillery in April 1913, scoring a hat-trick on his debut. His stay in Ireland was short as he re-joined West Brom the following February. He stayed with West Brom until 1924, being in the side that won the Second Division in 1910/1911, were beaten in the 1911/12 FA Cup Final by Barnsley after a replay and the side that won the First Division in 1919/20. During the war he guested for, amongst others, Stoke and Southport Vulcan. He was employed in Munitions at the Vulcan at the time he assisted Southport Vulcan. In August 1924 he joined Walsall in the Third Division North where he stayed until he retired from football in May 1927. He played one game for England, a British Championship match against Ireland at Windsor Park that finished 1-1.

Following retirement from football Sid became a publican, running The Crown Hotel in Dudley for over twenty years. At the time of his death on 25th February 1961 he was Manager of an Off Licence in Acocks Green.

(Profile info by Mark Iddon and Mike Braham)
Season: 1918/1919 [Back to Player Stats]
The player made an appearance in the following games: 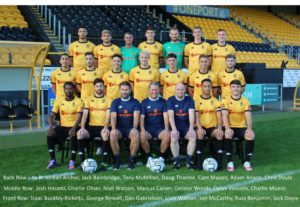