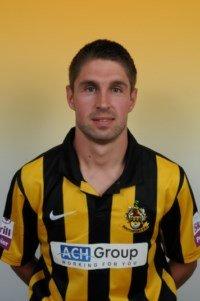 Chris finished as Southport\'s leading goalscorer in his first campaign at the top level of Non-League football. Chris\' 13 goals in all competitions came from his main position on the left wing and also as a centre forward, building on the good reviews he received in his four seasons at Skelmersdale United. Formerly of Ashton Ahtletic, he provides the team with pace and plenty of movement.