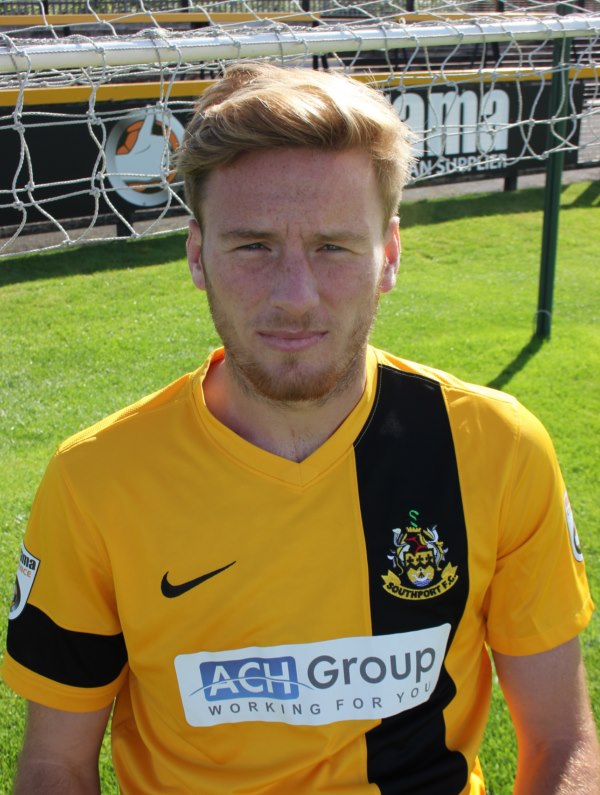 A return of 23 goals for Lancaster City in 2011/12 earned Danny a move up the Non-League ladder with Stockport County for the latter part of the same season. Then only 19 years old, Danny was a student at Myerscough College Football Academy in Lancashire - the same place where Norwich City's Anthony Piklington learnt his trade. A tall centre forward, Danny joined Southport on loan at the end of last season before making the move permanent. Scored 9 league goals for The Sandgrounders in 2013/14 and ended the season as leading scorer.