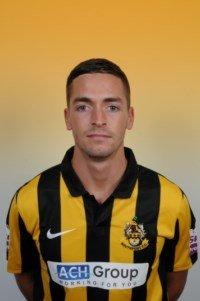 David completed his move to Southport at the start of the 2013/14 campaign. A left-back who is able to attack and provide a quality cross, he started out in the youth set-up at Stockport County, before venturing into Non-League football. After spending the best part of two campaigns with Northwich Victoria, he completed a season with Northern Premier League Division One side New Mills, where he had previously played on loan. Made 41 league starts and scored one goal which was in the final home game of the season and eclipsed everything scored previously to deservedly end up as Goal Of The Season. David also featured in the England C set up during 2013/14.