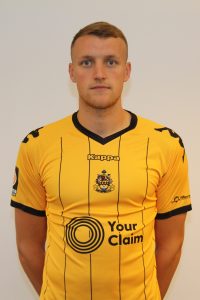 Jack joined the Sandgrounders from Macclesfield in 2017 and became an important figurehead of Southport’s attack as well as a true fans favourite. With 13 goals in Vanarama National League North, the striker was a pivotal part of Liam Watson’s side in his second year with the club.

He spent the last few months of his time with the Silkmen on loan at Chorley, where he scored six goals in seven games. Jack has plenty of experience in the Football League, having spent time with Morecambe, Accrington and Southend. After coming through the Wigan Athletic academy, the striker joined Bolton Wanderers at the age of 15.

Season: 2019/2020 [Back to Player Stats]
The player made an appearance in the following games: