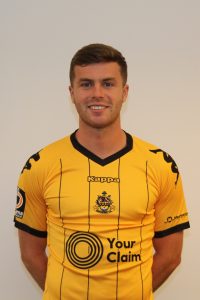 The 23-year-old joined the club on a free transfer from Barrow and previously had spells at Colwyn and Witton Albion. Throughout his first season he scored seven times for the Sandgrounders, with his first goal coming in a 2-1 win over Curzon Ashton in the FA Cup. He was also on target later in the competition, as a long ranged strike against Tranmere earned Southport a draw at Prenton Park and a subsequent replay. This goal went on to win the Club’s Goal Of The Season award and was also a nomination for the BBC’s FA Cup Goal Of The Season award.