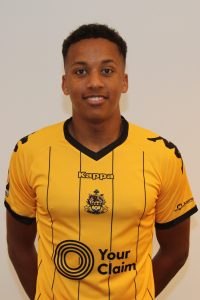 The winger previously played for Harrogate and Prescot Cables before joining the Port. Following his release from the latter, Homson-Smith was part of the Football Development Agency Academy where he showcased his ability.

In his first season at Southport he scored twice in the campaign.