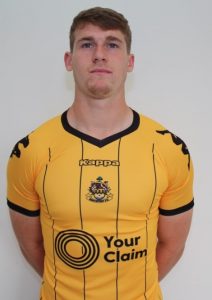 Australia born Reagan made a massive impression whilst on loan to Southport in 2018-19 and won the Young Player Of The Year award and made the left back spot his own.

Coming through the ranks at Stanley, he made his debut for the club in the Checkatrade Trophy in November 2016 and has also had spells on loan at Ramsbottom United and Wealdstone.

Reagan made 34 league and 14 cup starts for Southport in 2018-19 and with his all action style quickly became a fans favourite at the club.

Reagan joins the club on a youth loan until January 2020.