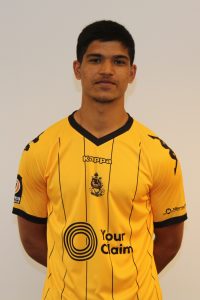 Zehn began his career with Blackburn Rovers, his home-town club, before signing a two-year contract with Accrington in July 2017, on the back of a successful period at the Wham Stadium.

To give him experience of first-team action, Zehn began the 2018-19 season with Clitheroe having played the previous campaign for Ramsbottom United, collecting their Player of the Month in January 2018.

He thenspent two months with the Port during the winter before finishing the season at FC United of Manchester, making 15 appearances in the Vanarama National League North.

He re-joined Southport on a youth loan from Accrington Stanley after featuring in pre-season.