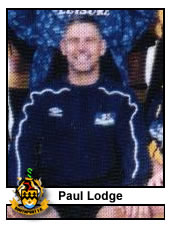 Player Profile reproduced with Permission from:
The Complete Non-League History of Southport Football Club 1978 – 2008, by Trust in Yellow (Legends Publishing, 2008). ISBN 978-1-906796-01-3If you can provide any further information please contact me