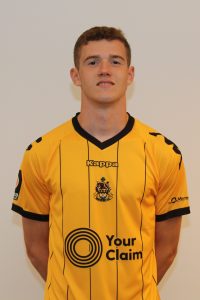 Kieran started his senior career with FC United, making 55 appearances for the club and scoring five goals. His performances for the Reds attracted interested from Salford City. Kieran made four appearances for the club and spent two separate loan spells away from The Peninsula Stadium. The first saw him spend two months with Chorley, where he helped the Magpies reach the First Round of the Emirates FA Cup, before being recalled by his parent club. In March, the 21-year-old headed out again, this time to promotion-chasing Vanarama National League South side, Woking, where he spent the remainder of the season without featuring regularly for The Cards.