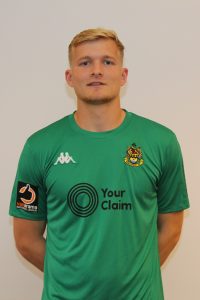 Born in Bolton, Albinson joined Manchester City at the age of eight, progressing through the youth set-up to feature for the club in the Uefa Youth League and the FA Youth Cup squad which reached the final of 2015.