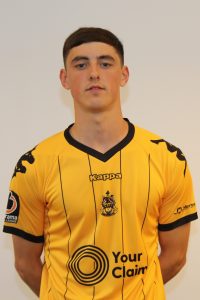 Connor is a promising young winger who started out at St Helens Town before progressing through the youth set-up at Skelmersdale United. He was spotted by Tommy Lawson and joined the Port ahead of the 2019-20 season.