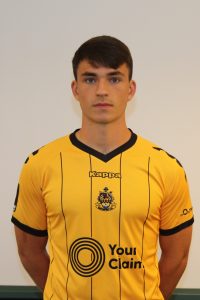 Signed from Blackburn Rovers just ahead of the 2019-20 season. Jack impressed in all the club’s pre-season matches. A player Liam Watson has been tracking for some time, the manger was delighted when he put to pen to paper to add to the club’s defensive options. Jack made his debut for Rovers in 2017-18. Last season Jack joined Maidstone United on loan but unfortunately his loan spell was cut short by injury having impressed whilst he was on loan.