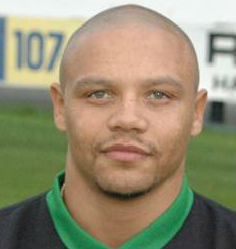 Having left Everton F.C. as a trainee in 1997, Speare joined Darlington F.C. making two appearances in the 1996-97 season. He then moved over to Ireland and joined Sligo Rovers F.C.
Following a move to then non-league side Accrington Stanley in 1998, Speare played in almost 300 games over a 6-year period until the summer of 2004.
After leaving Accrington Jamie made appearances for Southport F.C., Lancaster City F.C. and Barrow A.F.C. before rejoining Accrington in the winter of 2008 following a goalkeeper injury crisis. He was a regular on the substitutes bench until his release in January 2009.
In November 2011 following an injury to Ian Dunbavin Speare re-joined the club for a third time on another short term deal, making the substitutes bench again on 12 November 2011 in a 1st Round FA Cup tie against Notts County F.C.