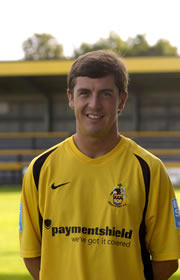 Four years after Michael was handed his senior debut by Liam Watson, the 22-year old received a further boost following the manager�s return this season with his appointment as vice captain. A versatile player who is a product of the club�s youth development scheme, Michael is the longest-serving member of the current squad, playing across the back-line as well as in central midfield. The former Preston North End schoolboy became the first player from the Sandgrounders� youth set-up to sign a full-time contract and has made over 100 appearances in all competitions.
Season: 2008/2009 [Back to Player Stats]
The player made an appearance in the following games: