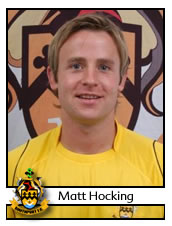 Catching Up With Matt Hocking