Skip to content
You are here
Home > Personalities > Walter Giller 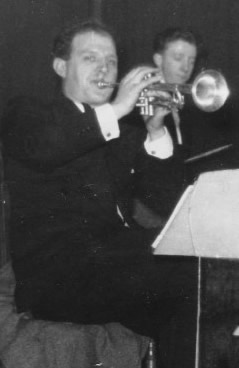 If the decline of Southport could be attributed to one man, Giller would be the obvious candidate. “He was bombastic and brash,” Hughie Fisher says. “His attitude was ‘I’m the chairman and I’m always right’, even when it was obvious he was wrong. He was a difficult man to work with. He made too many enemies, which you cannot afford at that level.”

What a contrast Giller provided with John Church, a previous Southport chairman, by now the president, who had supported the club since its first League season in 1921-22 and had been a director since 1957. Church was, Fisher says, “the heartbeat of the club; friendly, popular, loyal, enthusiastic, and easy to deal with”. In other words, the polar opposite of Giller.

Giller had been the vice-chairman of Skelmersdale United in 1971 when, having won the FA Amateur Cup at Wembley, the Cheshire League club endured a Football Association enquiry concerning illegal payments to players. Giller avoided censure but his reputation suffered, and his arrival at Haig Avenue not only ruffled feathers but alienated the club from friendly rivals.

When small clubs suffer decline, there always seems to be an anti-hero at the centre of the story. For Gateshead in 1960, there was David Absalom. For Accrington Stanley in 1962, Bob Lord. For Third Lanark in 1967, William Hiddelston. For Bradford Park Avenue in 1970, Herbert Metcalfe. For Southport in 1978, Giller.

Haydn Preece recalls of Giller: “I was at a meeting as about a 16-year old when Leon Rapaport introduced Walter Giller to supporters. It was held in the boardroom area and there were a small number of supporters there. Looking back that was the beginning of the end because we finished in the bottom four and I think that because of previous histories we were going to be doomed. Hughie Fisher did everything he could, but again without the budget. There are people at this football club who were at that meeting, mature people who should have stood up to Walter Giller and should have been a lot stronger in their stance. If we’d have had Trust members of today and the experience we’ve now got at this football club that wouldn’t have been allowed to happen. There was virtually no negative press published about this handing over or the consequences of it.”

On This Day: January 17th