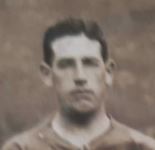 Prior to enlisting he was employed by Messrs Heyes Bros, Leicester Street.

William died at a military hospital in Sunderland from wounds received. He was buried with full military honours.

The officiating minister at the funeral was the Rev W E Brook of All Souls, Blowick. A firing party was supplied by the Southport Volunteer League, and the “Last Post” was sounded at the graveside.