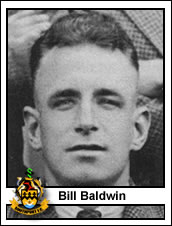 This stout-hearted inside-forward scored 35 goals for Scunthorpe United, then a Midland League side, but was principally a reserve at Chesterfield, Barrow and Oldham from where he was signed by Jimmy Commins. Commins had previously taken him to Barrow where a badly injured ankle against Doncaster meant he missed part of the season although he managed to net 17 goals in 23 reserve games. He was second highest scorer during his term at Haig Avenue, despite missing games near the end of the campaign after being kicked in the face during the sparsely attended Tuesday afternoon game against Walsall. He also did useful work for Gillingham with 23 goals in 61 games over 2 seasons. Bristol City were interested in signing him after the last game of 1935-36 but their full-back whacked his right leg and put him out of the game with the result that City lost interest. He never really recovered and was not fully fit during his season at Crewe. Outside football he won the All England Cup for Bowls in 1965 and captained the North Midlands side for 25 years. He died in Gulson Hospital a fortnight after collapsing on a bowling green in Coventry. 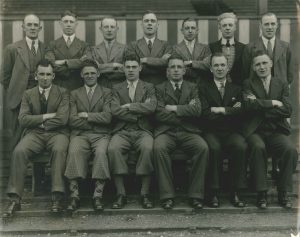