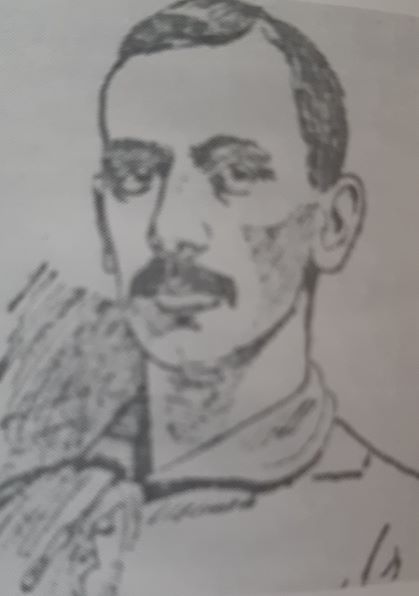 A small but nippy centre-forward whose career commenced at the age of 16 with Vale FC in the Burnley and District League.

Subsequently he joined the South Lancashire regiment who were runners-up for the Irish Army Cup in 1897- 98 and winners of the Army Cup in the following year.

In August 1899, when he joined Preston North end, he was described as a “Sprite young soldier who has warned Her Majesty’s colours for 3 years and 9 months. He has only just attained his majority and, in the company of men more experience than himself, should improve a great deal. All who have watched him up to now will be surprised and disappointed if he does not prove an efficient centre-forward.”

Throughout his lengthy and varied career Brunton was a real source of danger to any defence. At the slightest semblance of an opening his lightning reaction immediately placed the opposing goal in jeopardy.

He was with the Army team for almost four years, after which he joined Preston North End, who bought his released from the Army. Although he scored in both of the opening matches of 1899 -1900 he made only eight League appearances, a dislocated shoulder sidelining him for some weeks.

The first of four separate spells with Accrington Stanley followed. After season with Burnley in which he scored 8 goals in 30 league matches, he returned to Accrington and scored 40 goals in the Lancashire Combination Division 1 championship winning side. Stanley additionally won Sutcliffe medals to adorne their watch chains which were awarded to the non-league club reaching the highest position.

It was in fact the first time the championship had not been won by the Reserve side of a Football League club.

Brunton failed to settle with either Leicester Fosse or Nelson but on return to Accrington Stanley he assisted the team to a second Championship success in season 1905-06.

He achieved back-to-back Championship wins in the following season with Oldham Athletic for whom he appeared in every much, spearheading a virile attack that registered over a century of goals in league matches. His contribution materially assisted in their subsequent entry into the football league. Sadly he remained in reserve for almost all of the first Football League season with Frank Newton dominating the center-forward line with 30 goals in 39.

A series of unusual moves wound up with a final spell at Accrington Stanley.

He was working as a swimming instructor at Burnley Baths when he rejoined the army. In January 1916 he was in the North Lancashire Military Hospital suffering from wounds sustained whilst serving as a sergeant in the South Lancashire regiment. His leg was said to be badly smashed but in an interview with the local press he cheerfully said “I cannot grumble as I’ve had a good run and one can think himself fortunate to not being more seriously wounded.”