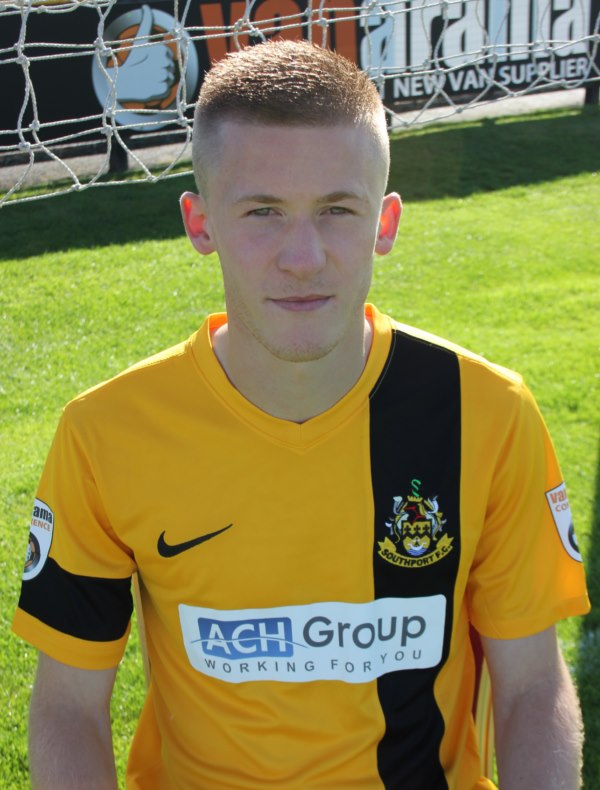 Young Defender brought to the club by Alan Wright having worked together at Blackpool and Northwich Victoria. A one-time Player of the Season with the Bloomfield Road youth team, the attack-minded right-back featured regularly for Blackpool\'s reserves. Had an excellent first season at Southport were he made 27 league and 5 cup starts.
Left at the end of 2016 and joined Chorley with whom he won promotion to the National League.
Rejoined Southport in the summer of 2020.